Alumni Are you a high school graduate who participated in an Edison Academy program of study?

We want to connect with you!

We invite graduates to join with us for alumni recognition through our success stories on this page, as well as to visit our school and give back through guest speaking, mentoring and participation in workforce preparedness seminars and workshops as well as judging CTE Student Organization competitions. For more information email our Career Experience Specialist at @email

Stay Connected Sign up here to be added to the registry of Alumni to receive more information. https://docs.google.com/forms/d/11QxIMzYcX_As9Nlugk57GWsxS5blqX9U02ARQQVngvU/viewform?usp=send_form

Gabriel Chapman took part in the Automotive Technology program for three years and earned college credits for his work in his third year through dual enrollment with Northern Virginia Community College.  Gabriel was first offered an opportunity to work with the Fairfax County Government Department of Vehicle Services (DVS). as an intern for a fall internship in 2017. He was invited to continue his internship that spring of 2018 and also over the summer after graduation. Gabe was offered a full-time position in January of 2019 where he works on light, medium and heavy duty equipment as a mechanic. He Inspects, diagnoses, and repairs light, medium, and heavy duty equipmen including defective parts in engine, transmission, suspension, brakes, hydraulic, HVAC, and electrical systems.  He performs preventive maintenance including changing oil, filters, lubricating the drivetrain and body, inspecting fluid levels and condition, and noting any issues observed. He records the work performed and diagnostic test results in an online database. He work in teams to perform large repairs and  attends regular training program classes to further his knowledge in safety, heavy equipment, hydraulics, air brakes, and other smaller equipment. He is sometimes even called on to perform emergency roadside repairs. 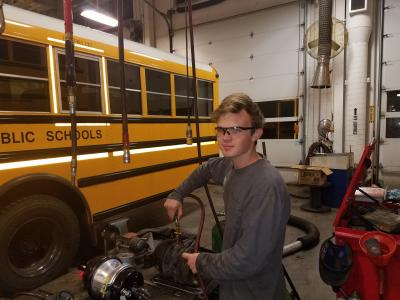 Tim Dove took part in the Automotive Technology program for three years and earned college credits for his work in his third year through dual enrollment with Northern Virginia Community College.  During high school Tim held various part-time jobs to gain work experience and to develop his work ethic. During his Senior year he was offered an internship with the Fairfax County Government Department of Vehicle Services where he had the opportunity to work on large vehicles and diesel engines.  Tim was given the opportunity to join the Department of Vehicle Services (DVS) full time after graduating from high school.  As of 2020 he has been with DVS for three years. 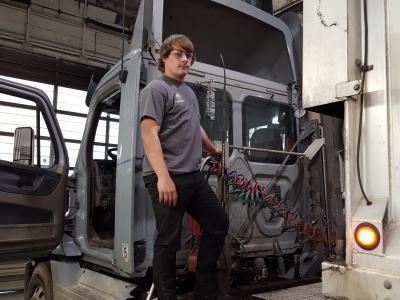 Nicole studied in Culinary Arts at Edison Academy for two years. She earned recognition from her teacher multiple times as Student of the Quarter and Student of the Year. She competed in SkillsUSA both years of her studies in Culinary Arts and won Gold medals (the top award) at the District levels for both 2013 and 2014. She also won Bronze in 2013 and Silver in 2014 at the State level competitions. Nicole was a member of the National Technical Honor Society and distinguished herself as an Academy Ambassador representing the Academy at various functions in the community. Nicole served as a guest panelist for an Alumni panel while studying at the Culinary Institute of America. As of 2020 Nicole is a Pastry Sous Chef at Michelin starred restaurant Fiola located in downtown DC.  She started as a line cook and within a year was promoted.  In her work she supervises all of the pastry production, staff, ordering, inventory, and all other daily operations. She also works consulting with other restaurants of the company alongside the Corporate Pastry Chef Claudia Barrovecchio. Through this job she has extended her management and pastry skills,  and has been fortunate enough to meet acclaimed guests, create memorable experiences, participated in private dinners and prestigious events such as the Jean-Louis Palladin Anniversary, the award ceremony of the DC Michelin Guide and many other especial events. She has had the honor of working alongside some of the best chefs in the country including Fabio Trabocchi, Melissa Rodriguez, Adam Leonti, and others. Nicole states, "Truly my time at Fiola has been a career changing experience that has a allowed me to discover a lot of potential and different areas within the Hospitality Industry that I never thought I would have."

Patrick Sollers studied in the HVAC &Refrigeration Program at Edison Academy for two years. Upon graduation he joined Pro-Air Mechanical Contractors as an apprentice. As an apprentice he was encouraged to join the plumbing side of the company's work because the pay was higher for plumbers. Upon completion of the apprenticeship Patrick became a journeyman.  In his work, Patrick installs, maintains, and repairs pipes and fixtures associated with heating, cooling, water distribution, and sanitation systems in residential and commercial structures. He fixes domestic appliances, such as dishwashers and gas cookers, and he inspects drainage and other plumbing systems for compliance with local and national regulations. in 2020 during the COVID-19 pandemic he worked on company contracts with hospitals to provide airborne infection controls in HVAC systems to help mitigate the spread of the virus. 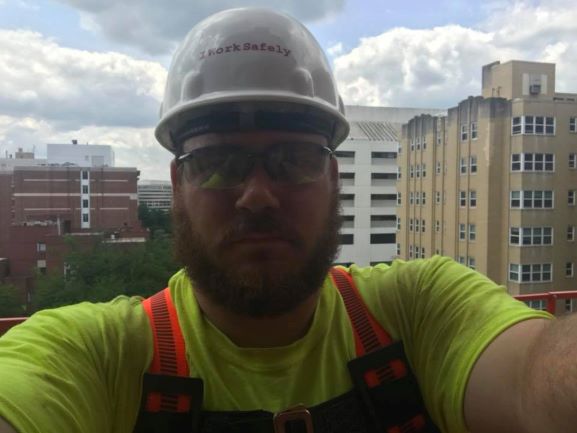 Joanna studied in the Cyber program at Edison Academy and was a very active member of the SkillsUSA student organization. She won a district medal for Website Development and 2nd place in Web Design at the state competitions while in high school. She also served as the SkillsUSA local Chapter President during her senior year, 2007-2008. Joanna went on to study at Northern Virginia Community College and transferred to George Mason University where she earned a Bachelor of Science in Criminal Justice/Homeland Security. Joanna changed careers a number of times which helped her to reinvent herself and find her passion. Although she did not end up in and IT career or a career in the Criminal Justice field, the classes and knowledge she gained from those programs helped her immensely along the way throughout all the paths her career has taken her in. As of 2020, Joanna has worked for two years as a recruiter with a Government solutions firm, Magnum Management. She says, " A lot of my work is sourcing and recruiting which involves a lot of searches in resume databases, deep diving into the internet with keywords, and using AND/OR/IF statements"  to find candidates. Joanna credits her It classes at Edison Academy for preparing her for the real world and her future success. 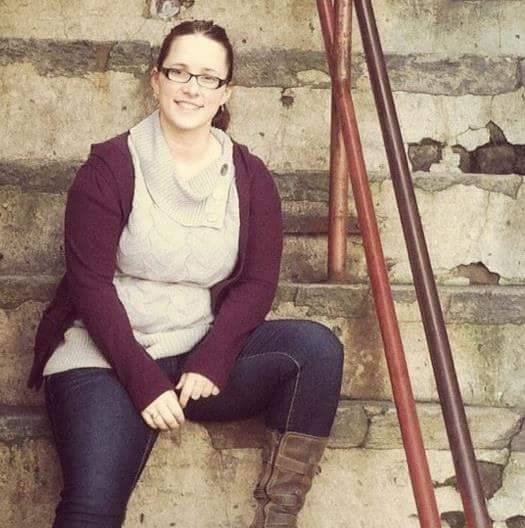 Sebastijan studied in the Electrical Construction & Engineering Program in high school and participated in two paid internships while in high school doing residential electrical work. Upon Graduation Sebastijan was employed with MC Dean, Inc. as an electrical apprentice. He has received multiple promotions  with MC Dean allowing him to advance in his career from Apprentice to Journeyman, and Foreman. As of 2020 he is a Superintendent coordinating and managing teams of electricians and training apprentices.  Sebastijan enjoys travel and new adventures and appreciates that his work allows him to travel and work for MC Dean all around the world. 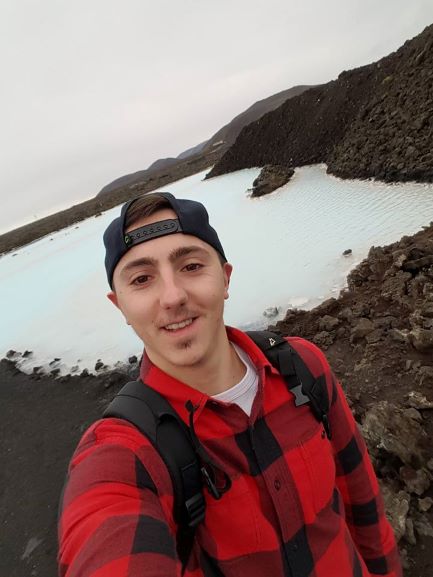