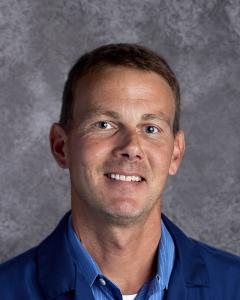 Robert Stringham is the Academy Heating and Air Conditioning instructor and an Edison High School alumnus. As an Edison student, Mr. Stringham studied HVAC all 4 years of his high school career. He holds a number of Certifications in the HVAC industry including: ICE, NATE, EPA, and State Contractors License. From 1994-1998 Mr. Stringham owned and operated his own HVAC company in Florida.

He returned to Edison in 2000 to take over the HVAC program and in 2001-2002, he distinguished himself as the recipient of the Virginia Career and Technical Educator of the Year award and as the recipient of the Governor's Award for Innovative Use of Technology in the Classroom in 2001-2002. Mr. Stringham served as a Great Beginnings/New Teacher Coach for the FCPS Office of Staff Development in 2002-2003. Mr. Stringham has received the Virginia Association of Trade and Industrial Educators 2012 Teacher of the Year award and he serves as the Head State Officer Trainer for SkillsUSA Virginia.